You Know the Drill

The drill is one of the oldest—and most common—tools known to humankind. After rocks and clubs were first used to pound things, along came tools for cutting material away from objects (axes, knives) and cutting into workpieces (awls, saws). The first drills were simply pointed rocks or wooden sticks that the user spun between his or her hands with a downward pressure into a primitive workpiece to make a hole or start a fire. Eventually it was discovered that using straps of leather, cloth, or rope wrapped around a stick (creating a bow drill), two workers could generate more torque to make deeper holes in harder substances.

As metal processing and other technology progressed over the millennia, drills became more and more sophisticated as well, being able to be utilized in a variety of industries. While drills are found throughout the modern world in everything from woodworking to dentistry to oilfield work, our focus today is on metal drilling machines and their role in the realms of machining and fabrication. 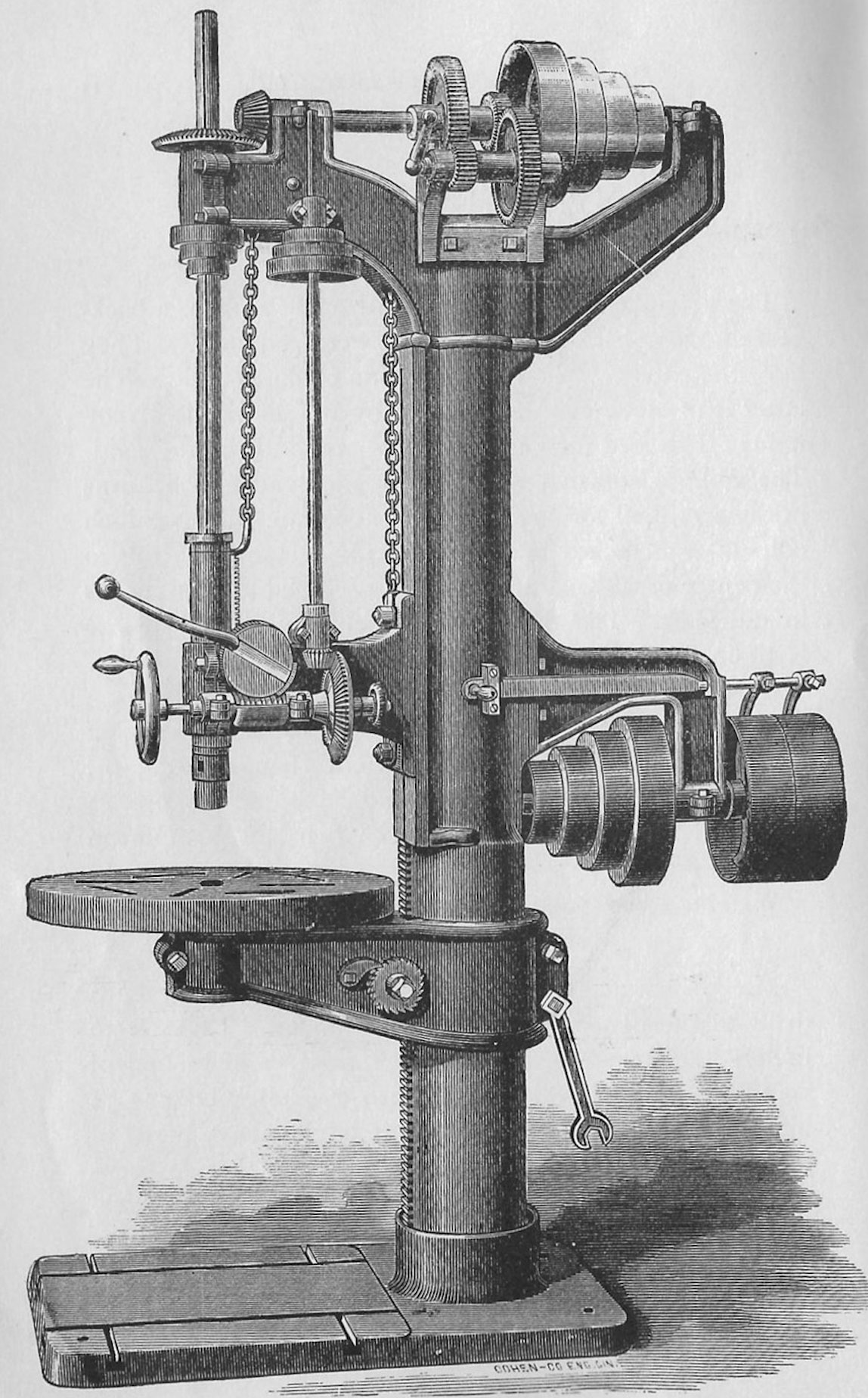 Early drills were used on materials such as wood, leather, bone, antlers, ivory, shells, and even teeth. Drilling rocks came later, first with labor intensive wooden drills, then eventually using metal ones. Once drills started to be made of metal, craftsmen found they could drill into softer metals with them.

The big technological leap came with the application of the electric motor to drilling machines in the late nineteenth century and the invention of the drill press. Some key events in the history of modern drills are the following:

As with every other type of technology, the science behind drilling has continued to advance through the years, from special drills for use in weightless environments by astronauts, to laser center finders for more accurate drill positioning.

A drill can be defined simply as a machine for creating a round hole in a workpiece by rotating a cutting tip to bore out material. The variety of drills, however, is anything but simplistic. The following are some common types found in woodworking and metalworking:

In the Business of Selling Holes

Back before it merged with Black & Decker, The Stanley Works tool company hired a consultant to assist them in improving sales. He gave them a simple piece of advice that helped reshape their entire philosophy. He told them, “You are not in the business of selling drills. You are in the business of selling holes.” In other words, a machine is only as good as the result it produces.

It doesn’t matter what new metal piercing technologies are developed in the future, if drills continue to be manufactured that can still create a decent hole in metal for a reasonable price, the venerable metal drill will always be in demand, used by metalworkers of all types who need to center, counterbore, countersink, ream, spot face, tap, and—of course—drill.